Breast Cancer
Research work is ongoing on the role of SFX-01 in relation to the development of resistance to certain CDK4/6 inhibitors. Read more +
Glioblastoma
Strong preclinical data has been generated in a new solid tumour indication with further preclinical work underway and designs for a Phase Ib/IIa trial being assessed. Read more +
Haematological Malignancies
Preclinical data has demonstrated that SFX-01 is effective in in vitro models of certain blood cancers and a preclinical and clinical strategy is being assessed. Read more +
Analogues
Evgen Pharma holds the exclusive worldwide rights to a range of novel sulforaphane analogues. Read more +
Neurodevelopmental Disorders
Evgen Pharma has licensed the global rights for lead asset SFX‐01 in neurodevelopmental disorders and schizophrenia to Stalicla Read more +

Licensing Strategy
Evgen is open to out-licensing and collaboration discussions on all of its programmes and is seeking to expand its pipeline through in-licensing or partnerships.

Evgen has licensed the global rights for lead asset SFX‐01 in neurodevelopmental disorders and schizophrenia to Stalicla.

Stalicla will use its proprietary precision medicine platform to identify specific phenotypes of autism spectrum disorder (ASD). Evgen and Stalicla will collaborate initially on a clinical programme in ASD, with Stalicla funding all clinical development activities.

Evgen retains the global rights for all other indications.

Evgen has licensed Sulforadex®, its sulforaphane stabilisation technology, in a number of non-pharmaceutical applications to Juvenescence Ltd.

Juvenescence will deploy the Sulforadex® stabilisation technology to manufacture and market a nutritional health product containing a defined and stable dose of naturally derived sulforaphane. Launch is expected within the next two years. 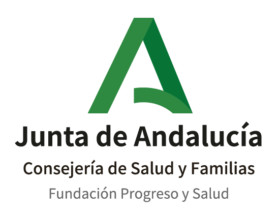 Evgen is seeking to expand its presence through in-licensing or partnerships. Please contact us for more information.
Contact Us

+-
Breast cancer is the largest cause of cancer deaths in women worldwide.  In around 75% of breast cancers, the hormone oestrogen plays a key part in tumour growth.

Evgen sponsored a Phase II trial [STEM – SFX-01 in the Treatment and Evaluation of Metastatic Breast Cancer] in patients with ER+, HER2-ve metastatic breast cancer (mBC).  The study enrolled 46 patients with oestrogen-positive mBC who had all previously received treatment with either tamoxifen, an aromatase inhibitor (AI) or fulvestrant. Prior to entry to the STEM trial, patients previously responded to their current hormone therapy for at least six months but then presented with progressive disease, thereby demonstrating the start of resistance to the hormone therapy.

Once entered into the trial, patients continued to receive their failing hormone therapy in addition to SFX-01 and had regular scans through to week 24. Patients discontinued the trial when one of the scans shows disease progression, or at week 24. Those patients who did not progress by week 24 were allowed to continue to receive treatment in an extension phase until disease progression.

Positive results were announced in March 2019 and the headlines were:

Evgen is continuing investigation into how SFX-01, in combination with other treatments, can improve outcomes for patients with HR+ breast tumours that have become resistant to other therapies.  This includes research into STAT3 and pSTAT3, a protein that controls transcription of information from DNA to messenger RNA; and SHP2, a non-receptor protein tyrosine phosphatase that is associated with many cancers including breast cancer.

+-
Strong preclinical data has been generated in a new solid tumour indication, glioblastoma (GBM), with further preclinical work underway and designs for a Phase Ib/IIa trial being assessed.

The data generated for SFX-01 in standard preclinical models and orthotopic models (where glioma cells are implanted in brain tissue representing a more disease-relevant model) show tumour shrinkage and significantly extended survival times. SFX-01 was also found to potentiate (i.e. substantially increase) the therapeutic effect of radiotherapy in these models.

The therapeutic options for glioma are limited to surgery, radiotherapy and the one drug widely available, temozolomide. There is a clear unmet need for more treatments for use in conjunction with the current standard of care.

The US Food and Drug Administration (”FDA”) has granted an Orphan Drug Designation (“OD”) for the use of SFX-01 to treat malignant glioma.  This is usually granted when there are fewer than 200,000 patients with a given disease in the United States and there is a scientific rationale for potential use of the product in that condition. As well as recognising the relative rareness of a disease, OD confers intellectual property cover to an investigational drug in the form of data protection at the time of approval of a new drug application, which is additional to any patent cover in force.  Tax credits are also possible on eventual US sales of an approved orphan drug.

JMML is a rare form of blood cancer that predominantly affects young children.  JMML is an aggressive and difficult to treat disease and currently the only effective treatment for most patients is allogeneic hematopoietic stem cell transplantation (HSCT).

In a study at the MRC Weatherall Institute, University of Oxford, the effect of SFX-01 on cells from tissue donated by patients with JMML through the UK Paediatric MDS/JMML programme was investigated. These patients carry a specific mutation of the PTPN11 gene. The data demonstrated significant reduction of cell proliferation and increased apoptosis (cell death) of JMML stem cells in the presence of SFX-01, compared to normal controls. The study also showed that SFX-01 significantly impacted cell proliferation and increased cytotoxicity in GDM-1 cells, an AML cell line.

Whilst this preliminary data is from a small sample size, the effect is statistically significant in reducing cell proliferation and increasing apoptosis.

The PTPN11 gene codes for the SHP2 protein and earlier in-vitro and in-vivo data demonstrated that SFX-01 modifies SHP2. Mutations of the PTPN11 gene are among the commonest molecular defects described in JMML patients, indicating that SFX-01 should be investigated further as a potential disease modifying agent in PTPN11-mutated haematological malignancies.

A preclinical and clinical strategy for a development programme of SFX-01 in blood cancers such as JMML and AML is being assessed.

+-
SFX Series: Evgen Pharma holds the exclusive worldwide rights to a range of novel sulforaphane analogues developed by the medicinal chemistry group at the University of Seville in Spain. These compounds are in preclinical investigation.

Previous studies with other sources of sulforaphane have shown evidence of clinical efficacy in improving symptoms of ASD (e.g. Singh et al 2014). However, patient heterogeneity provides a challenge in identifying those individuals most likely to respond to therapy.

Stalicla specialises in the identification of specific phenotypes of autism spectrum disorder (ASD) and has a unique, proprietary technology to identify ASD patients who are most likely to respond to SFX‐01.  This screening approach has already been used successfully to identify ideal patients for other ASD drug trials and is a key differentiator for Stalicla in developing drugs for such a wide spectrum disorder as ASD.

Evgen’s partnership with Stalicla will enable the targeting of patient groups most likely to benefit from SFX‐01, not only de‐risking the clinical development but potentially bringing a therapeutic option to those individuals who are currently underserved, in a quick and efficient manner.